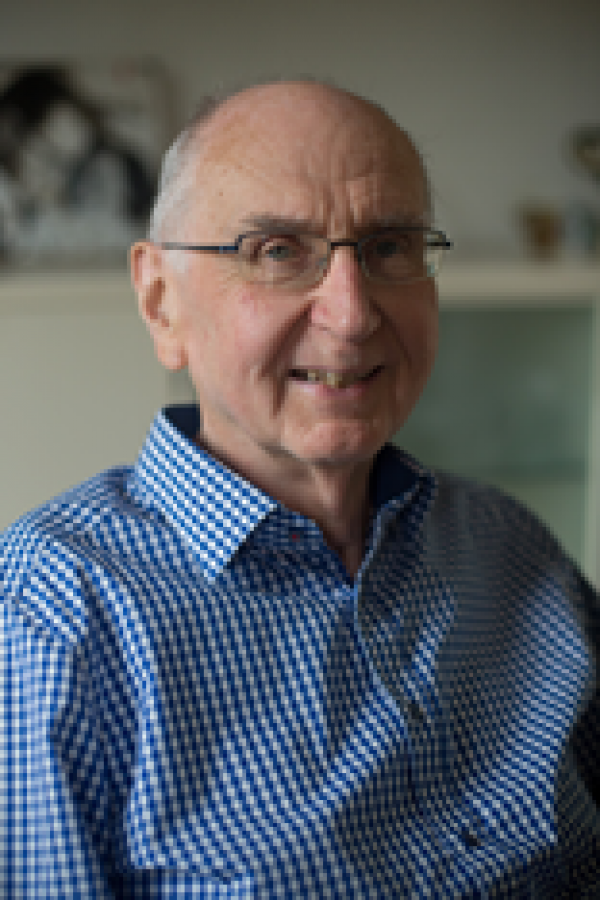 Hugo graduated at KU Leuven and attained his doctoral degree at the same university in 1965 on a topic in polymer synthesis under the guidance of prof. Georges Smets founding father of polymer science in Belgium.

After military service at the NATO ”Belgian Pipeline Organisation” he became assistent of prof. G. Smets. In those days, however, it was usual practice to send young promising scientists abroad in order to explore completely new routes in polymer science not at all connected to the doctoral thesis work, a ‘condition sine qua non’ in the case one intended to go for an academic career.

At a first stage it brought Hugo Berghmans to the Union Carbide Corporation at Sterling Forest Research Center, N.Y. USA, to explore the potential of neutron inelastic scattering to study the low-frequency motions, characterising intermolecular modes in amorphous and semi-crystalline polymers.

Hugo was a gifted teacher and although being mostly interested in fundamental research the many interesting results obtained in his research group were soonly recognized by industry resulting in many an invitation to transfer his knowledge to industrial scientists. Hugo Berghmans is the founding person of physical chemistry of macromolecules at KU Leuven. He started research in polymer crystallization with special attention for spherulitic crystallization including morphology, the influence of tacticity, annealing effects, blending, kinetics of crystallization and the resulting thermal and mechanical properties of the semi-crystalline state. It was a first and determining step towards what later became the main body of his research devoted to phase separation and gelation of solutions containing macromolecules. The finding of the gelation of isotactic polystyrene in an organic solvent by one of his post-docs during a stay at Bristol University brought him to the in-depth study of the phase behaviour of polymer-solvent systems. Long-term research was started on the phase behaviour of ‘thermo-responsive’ polymer systems in organic solvents and in water in terms of their UCST- and LCST- behaviour. In the scientific literature Hugo’s name continues to be connected to the definition of the ‘Berghmans-point’, point of intersection of the glasstransition curve with the cloud point curve. His strong involvement with active research supported by his warm personality created the platform for stimulating national and international collaborations to promote polymer science.

He was a founding member and a strong promoter of the ‘Belgian Polymer Group’, BPG, a stimulating and performing group of academics, industrial scientists, postdocs and doctoral students. The annual BPG-meetings with up to 200 attendees was his favourite national activity and could florish thanks to his long time involvement as a careful treasurer. After retirement he continued as an active member of the ‘BPG Think Tank’ until his illnes did not allow him to continue. At the European level he was appreciated for his expert advice as a member of the European Polymer Federation(EPF), an activity he was able to continue until many years after retirement. General sense for duty and service brought him to accept the presidency of the KVCV(Royal Flemish Chemistry Society) in the period 1999-2002 allowing for strenghtening of the finances and the internal organisation. Hugo Berghmans took special care to facilitate relations with Japanese scientists by promoting contacts between Belgian and Japanese research laboratories; he was invited several times at Kansai University at Osaka for teaching and discussion scientific work.

Hugo Berghmans had a great passion for the many aspects of culture: he was familiar with the organ and classical music with a keen interest in the oeuvre of Wagner. Playing classical music on the piano was part of his daily activity. Being fluently multilingual he enjoyed Dutch, French and English literature. He enjoyed photography and practised Japanese calligraphy on a regular basis. Hugo’s passing away is a shock to his wife Liliane and his children Michel, Stéphane and Dominique and their families as well as to a great number of friends and academic colleagues in Belgium and abroad.

Become a member of the Belgian Polymer Group with your research group or company and get free access to our events, meet our extensive network, and read research results